The first in an occasional series of interesting words that I have encountered while researching and reading spanky sexy matters. 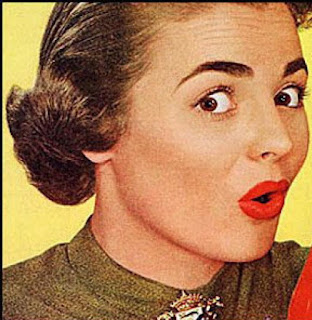 I had hitherto been unaware of the word irrumatio which is a great pity because it is basically a much nicer word for face-fucking. It sounds so much pleasanter, don’t you think? I’m surprised people don’t use it more often.
I love a bit of irrumatio myself. It’s such a very submissive act. You’re basically saying “Here, Master. Take any part of my body and use it as you will.” You’re not saying that during the act itself of course. What with having your mouth full and everything. Best one could manage under these circumstances would be something “Hmmf Mmmfh hh mm Hmumf”.
It sometimes occurs to me that my primary motivation for being submissive is that I’m fundamentally lazy. Being on the bottom side of things seems to involve a lot less heavy lifting (so to speak) and manual activity compared to being a Dom. I’m pretty certain that this isn’t the case and even if it were I don’t just participate in face-fucking because it’s less work than a blow job. It’s quite the strenuous workout in its way.

Irrumatio / Irrumation / Irrumate
Etymology: From the Latin irrumare , suck or fellate
Examples of this word in a sentence:
“Darling, would you irrumate me this evening?”
“We had a lovely holiday with plenty of sightseeing, bird-watching and irrumation.”