Yesterday I mentioned that I have a love for the sort of spanking cartoons that used to appear in ‘racy’ humour magazines in the 1950s and 60s. So today I thought I would share a few of my favourites with you.

These have all been taken from The Chicago Spanking Review which takes a pretty obsessive approach to collecting and cataloging such things. (That’s in no way a criticism.)

I’m not saying these are the most hilarious things ever. I doubt anyone ever rolled on the floor wiping the tears from their eyes at a caption from one of these things. They are silly and sweet and kind of sexy if you’re into that kind of thing. Which clearly I am. 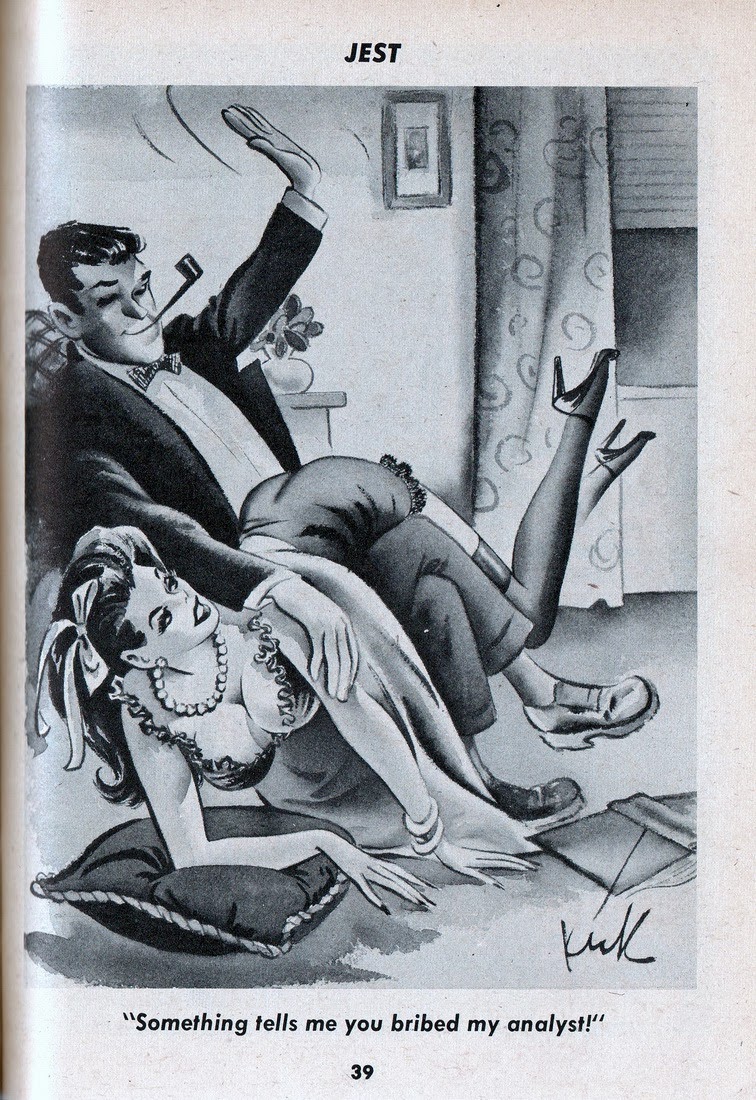 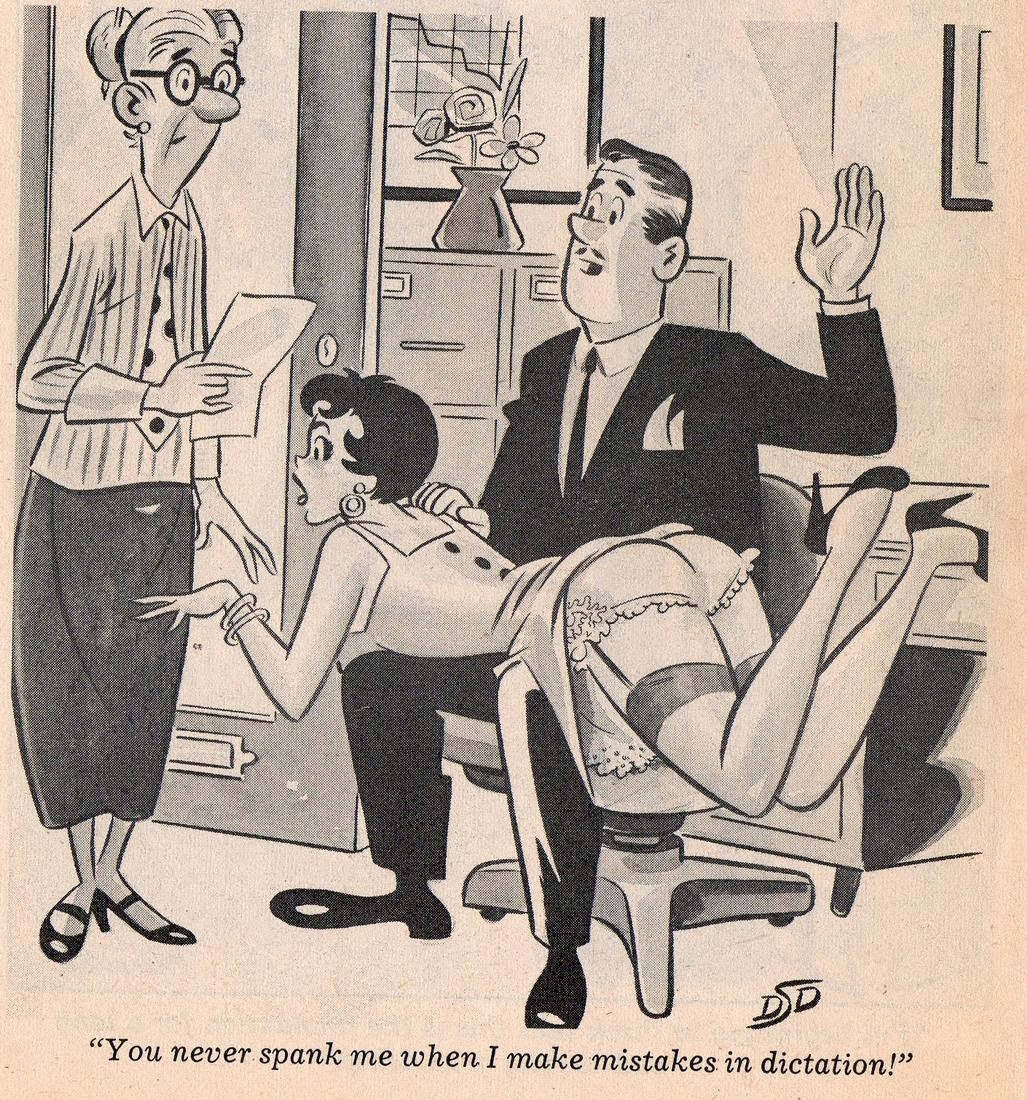 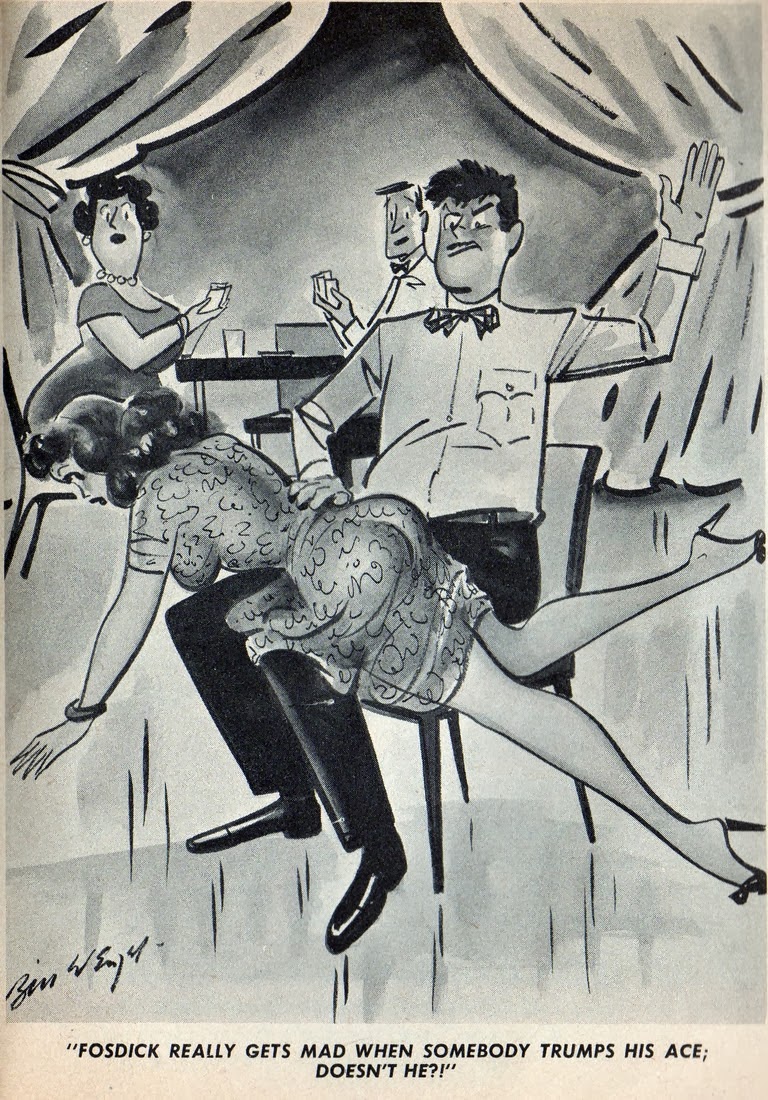 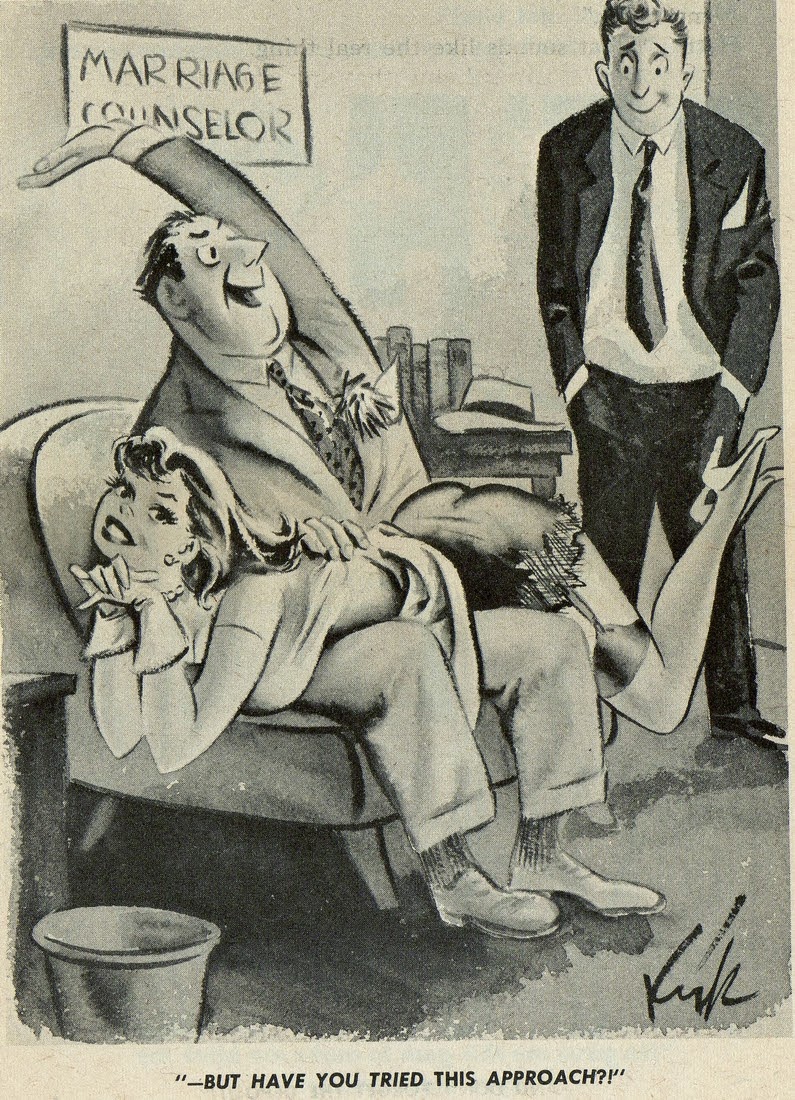