I didn’t get online until the late 1990s (due to being broke rather than any reluctance to embrace new technologies) and the speed at which I embraced the technological wonder of the world wide web as a medium for smut was equally as rapid.

‘Spanking’ wasn’t the first thing I typed into whatever crazy old worlde non-Google search engine I was using back then, It was, actually, “Hattytown”. This was a TV show which, whenever I mentioned it, brought no recognition from whoever I was speaking to. I was beginning to think I’d dreamed it. The Internet backed me up and secured its place in my heart as a nostalgia peddler. 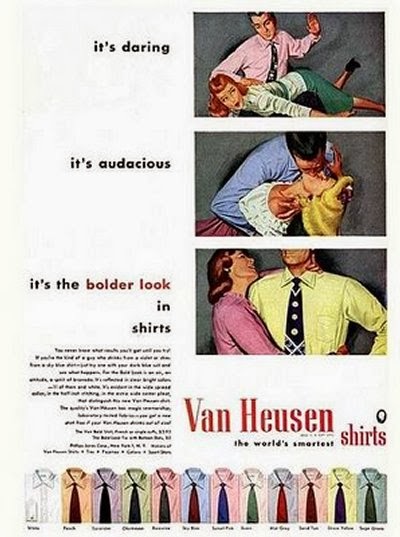 ‘Spanking’ probably wasn’t the second thing either but it was definitely on the short list.

And once, I did start looking, it was clear that the Internet was a truly marvellous invention indeed. One of the first images I remember finding was this Van Heusen’s shirt ad.

Discovering the world of Fan Fiction was a breakthrough. Finding out that there were whole swathes of people who would dedicate time to writing scenarios in which other people’s fictional characters shagged – and occasionally spanked – one another was a revelation. Although God knows, how many hours I spent reading the stuff. 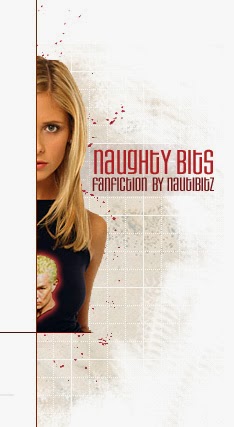 I was a huge Buffy the Vampire Slayer fan so pretty much all the fan fiction I read was Buffy-related. It varied hugely of course. A lot of it was pretty much unreadable. Some of it was fantastic though.

When I started thinking about Buffy fanfic, the first name which sprang to mind was Nautibitz. Terrible pen name but great writer. I have no idea what she is doing with her time now but I hope she is still writing in some other capacity and under a less daft-sounding name. Unless, of course, Nautibitz actually was her real name, in which case I take back everything I said.

I was delighted to find that all her stuff is neatly archived and still available for anyone who wants to check it out – www.nautibitz.com. It probably helps if you’re a Buffy fan. Not least, because it helps you appreciate just how spot on she gets the voices of all the characters. All her stuff was about Spike and Buffy getting together. The two characters eventually DID get together in the show in Season 6 but it was rubbish, quite frankly. They should have got Nautibitz to write those episodes. She’d have nailed it perfectly.

Here’s an extract from my favourite story In Heat:

She sat up, the dream before her in all its Technicolor detail. A sex dream.
A dream of sex.
Starring her …and Spike.
She felt her inner muscles clench and release.
“Oh,” she said shakily, riding out the last exquisite wave of her very first multiple orgasm.
Suddenly, the door to her room flew open. Spike, fully dressed, stood there panting. “What’s wrong?”
She stared at him aghast, paralyzed with… embarrassment? Or was it lust? Her voice cracked a hoarse “Huh?”
He looked around the room, bewildered. “You yelled my name not two seconds ago. Sounded panicked. I was downstairs, and…” He focused on her moonlit form and his body language loosened. “You’re naked.”
She looked down at her bare breasts and jerked the sheet up. Her mind tried to work frantically. “I had a dream.”
He moved towards her, sensing something… interesting. “What kind of dream, exactly?”
“No kind!” she cried. “No kind of dream. A bad, bad–“
He came closer.
“Just– Don’t…” She held up her hand, Supremes-style. “Go!”
His nostrils flared. There was a fascinating blend of fluids on that hand. “Go? …Or don’t go?”
Buffy took a deep breath, gathering her wits and her resolve. “Go. Please go.”
The room was heavy with her arousal. The last thing he wanted to do was leave. “You sure?”
“Spike!” Her voice cracked again.
He chuckled softly. “Alright, Slayer. But you better tell me all about this dream in the morning.”
Lifting a brow, he added, “Smells like fun.”