This is my ‘O’ post for the Spanking A-Z Blog Challenge. “What’s that?” you ask. Check out my page here for more information and a list of all the wonderful bloggers taking part.

The moment of orgasm is a tricky things to capture in writing, don’t you think? Orgasms pretty much defy description. Yet just writing “it felt really, really nice” isn’t going to cut it. So we keep trying, us writers of erotica and also proper writers of proper books. Famously, DH Lawrence wrote this description of Constance’s orgasm in Lady Chatterley’s Lover.

She clung to him unconscious in passion, and he never quite slipped from her, and she felt the soft bud of him within her stirring, and strange rhythms flushing up into her with a strange rhythmic growing motion, swelling and swelling til it filled all her cleaving consciousness, and then began again the unspeakable motion that was not really motion, but pure deepening whirlpools of sensation swirling deeper and deeper through all her tissue and consciousness, til she was one perfect concentric fluid of feeling, and she lay there crying in unconscious inarticulate cries

The next one comes from John Cleland’s Fanny Hill: Memoirs of a Woman of Pleasure,  published in 1749

all my animal spirits then rush’d mechanically to that center of attraction, and presently, inly warmed, and stirr’d as I was beyond bearing, I lost all restraint

I like the next one by Paulo Coelho from his novel Eleven Minutes, particularly the reference to pain mingling with pleasure. I’ve never felt like my partner and I were one person though. Clearly, I’m a lot more selfish about my orgasms. Or maybe it’s a love thing. 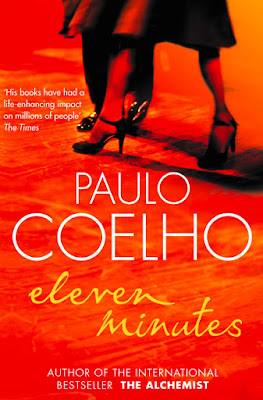 It was Heaven. I was the earth, the mountains, the tigers, the rivers that flowed into the lakes, the lake that became the sea. He was thrusting faster and faster now, and the pain was mingled with pleasure, and I could have said: ‘I can’t take any more’, but that would have been unfair, because, by then, he and I were one person.

It’s worth noting that all the previous descriptions of a woman’s orgasm were written by men. The next one is written by a woman about her own orgasms. It comes from Anais Nin’s diaries. Nin is a woman who knows all about writing good sex scenes. She is clearly having better orgasms than me, though. Electric flesh arrows, huh?

The pocket seed of ecstasy bursts with more or less energy, when it is richest it touches every portion of the body, vibrating through every nerve and cell. If the palpitation is intense, the rhythm and beat of it is slower and the pleasure more lasting. Electric flesh-arrows, a second wave of pleasure falls over the first, a third which touches every nerve end, and now the third like an electric current traversing the body. A rainbow of color strikes the eyelids. A foam of music falls over the ears. It is the gong of the orgasm.

And lastly, here is my own feeble attempt to describe an orgasm from my book Lord Westbrook’s Muse.

She bucked and he swiftly inserted two fingers inside of her, pushing his fingers against the hard nub of her clitoris and stroking her there in a firm circular motion.
She was almost there. Poised above a precipice, needing only one small push to send her hurtling to the ground. The pleasure that had been building up slowly, suddenly exploded inside her. It was overwhelming. She had gone over the precipice but she wasn’t falling. Rather, she had grown wings and taken flight.

What are your favourite descriptions of orgasms are books? Either your own or other people’s? Let me know in the comments.

1 thought on “Orgasms and how to write about them.”