This is my ‘M’ post for the Spanking A-Z Blog Challenge. “What’s that?” you ask. Check out my page here for more information and a list of all the wonderful bloggers taking part. 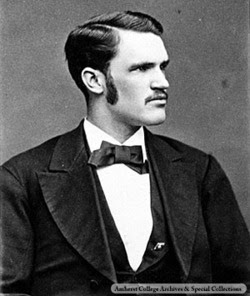 Today we have a short blog post in praise of Melvil Dewey, the inventor of the Dewey Decimal System. I love a bit of Dewey Decimal Classification myself. It’s such an elegant system which works as well today as it did a hundred and thirty years ago.

For a very long time, I wanted to be a librarian when I grew up. (Actually come to think of it, I still do.) I might be massively disorganised in the rest of my life, but there is something about putting books in order thatI find immensely satisfying.

Actually I was a library assistant when I was at secondary school but was relieved of my duties due to gross misconduct and abusing the facilities. (That story isn’t anything like as much fun as it sounds.) 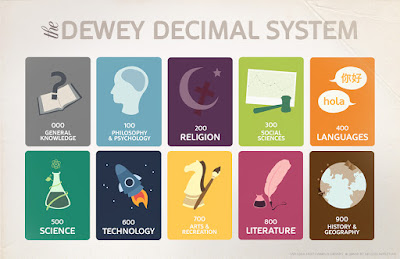 But aside from the Dewey Decimal Classification System, do you know what else is awesome about Melvil Dewey?

He was originally born Melville but as a staunch supporter of spelling reform, removed the redundant final two letters from his name. I rather like his ‘put your money where your mouth is’ approach there. He was such a firm believer in the cause to simplify spelling that he was prepared to cut his name by 25% in order to prove it. You go, Melv!

He also changed his surname to Dui for a while but then – presumably realising it was stupid – changed it back again. Expecting people to pronounce ‘Dui’ as ‘Dewey’ kind of sums up everything that’s unworkable about trying to simplify spelling. We all read things differently.

He was a founder of the Lake Placid club whose menus were written in Dewey’s reformed spelling:

What the actual fuck? That’s gobbledygook. Or as Dewey would probably have me write it “Wot the actwl fuk?

Not that I’m knocking the bloke. Library Classification Systems! Spelling! What could possibly be sexier?