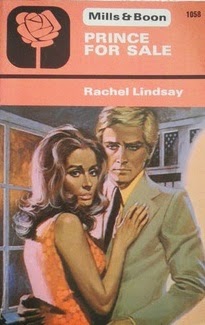 Mills and Boon are the godfathers of romance publishing. Since the 1930s the publishing company has been supplying granite-faced bachelors, timid virgins, heaving bosoms, stolen kisses and inevitable happy ever afters regular as clockwork to anyone who needs them.
They are part of the publishing house Harlequin and I think all their stuff is published under the name ‘Harlequin’ in the US. I prefer the UK name, though. It’s more incongruous. Harlequin at least sounds a  bit exotic and glamorous whereas Mills and Boon sound like a mediocre firm of solicitors.
I started reading Mills and Boon romances when I was about thirteen. My older sister used to buy them from jumble sales and I would borrow them when she was done with them. Our mother didn’t approve.
This is was in the 1980s and as my sister was getting them second-hand an awful lot of them used the classic Mills and Boon design of the 1960s and 1970s which I still consider the embodiment of both romance and guilty furtive reading.
There’s an artist called Alex Holder who has recreated some classic Mills and Boon covers, including the one below of the Master of Marshlands with fantastic if slightly creepy results. 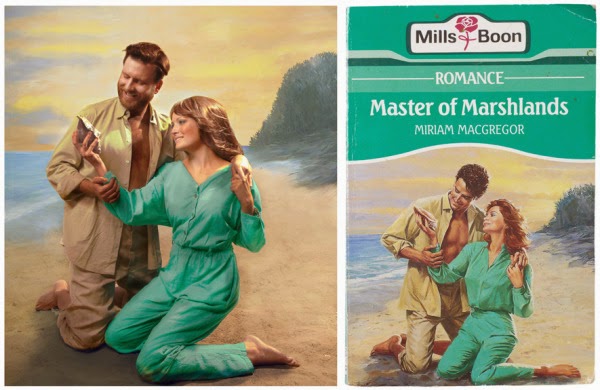 Mills and Boon are still going strong. Their success has been helped by the e-book revolution of course. Now scores of easily embarrassed women can read romances on the train without fear of ridicule – their anonymous Kindle covers giving rather less away than, for example, a woman in a green jumpsuit getting excited about the shells.
The romances are getting steamier as time has gone on, including actual proper sex  scenes (rather than just implied shagging in between the chapters like you used to get). A few years ago they introduced an erotic imprint called ‘Spice’ which includes ‘casual sex and bondage’ in its stories. They have a long way to go to match the sauciness of the Saturday Spanks authors, mind.

So what to read if you do fancy something a little less BDSM-y for a change?
One of the best Mills and Boons, I have read recently was Never Trust a Rake by Annie Burrows. A fun regency romance in which Lord Deben, a notorious scoundrel offers to teach unconventional debutante Henrietta Gibson how to snare herself a husband as repayment for a service she has done him. Inevitably the pair fall in love, although the pair of them take an absolute age to work out the true feelings of the other, they get there in the end. It’s cute and funny if half a dozen spankings short of a perfect romance.

Sticking with Regency romance, Wicked Rake, Defiant Mistressby Ann Lethbridge is an exhilarating read full of highwaymen, betrayal and illicit premarital sex. It’s currently free of charge on Amazon. It’s also free of spankings although there is the occasional mention. I’m not sure if that makes it better or worse.
Mills and Boon encourage new writers to submit work on their website. I’ve always fancied the idea of writing a Mills and Boon book since I was a thirteen-year old borrowing my sister’s copy of The Sweet Surrender. Perhaps I should give it a go some time. Then again, I quite like the little corner of romance publishing that I find myself in now. I think we spankos probably have more fun over here.

7 thoughts on “M is for Mills and Boon”

L is for Lady Westbrook’s Discover

N is for Nightie