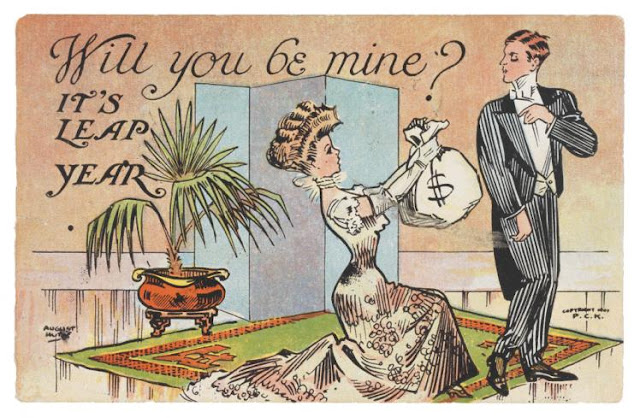 Well, will you look at that? It’s the 29th of February. The one day out of 1,461 when it’s acceptable for a lady to propose to a gentleman. Normally us womenfolk just stand around all passive and coquettish waiting for a man to drop to his knees and offer us an escape route from terminal spinsterhood.

But, hurrah, on this very special day, we get to turn the tables, look our desired conquests up and down and say “Well, how about it, stud?”

Disappointingly, I have proposed to exactly zero (0) men today. If I change my mind about the whole marriage business and want to take matters into my own hands I am going to have to wait until 2020 before I get my next opportunity.

Well, obviously, I’m not because (a) It’s the 21st century and women can propose to men anytime they feel like it and (b) I am never not ever getting married ever. I’ve made it to my forties without tying the knot. I reckon I’m safe now.

So where does this tradition come from? Well according to legend, in the fifth century St Brigid beseeched fellow patron saint of Ireland, St Patrick for a day when women could propose to their suitors. And, um, that’s it. Not only is it bollocks – St Brigid would have been eight years old at the time of St Patrick’s death which would have made her a pretty precocious campaigner for women’s rights in any century – it’s kind of boring. What kind of backstory is that? Someone asked “Can this thing be a thing?” and the other person – presumably – said “yes”. It’s rubbish. You need a bit more plot there, legend-making-up people.

Oh, and there are no citations for this legend until the 19th century so it’s double bollocks.

Presumably, the tradition came about because the 29th of February is a crazy, nonsensical sort of a day. It doesn’t even happen most years! And what’s the most crazy nonsensical thing our 19th century ancestors could think of?  Women proposing to men! How bonkers is that!? 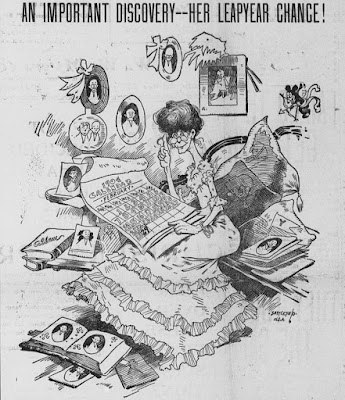 As it happens, I am very happy being a spinster. (A spinster who can date, shag and be spanked by anyone she damn well pleases, obviously.)

I have recently taken my spinsterhood up a notch. Last Friday, I adopted two beautiful elderly cats. They’re lovely. I have no intention of ensnaring myself a man. I fully intend to be a Crazy Cat Lady instead. It’s going extraordinarily well so far. 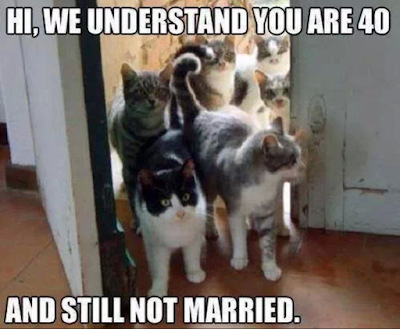 Beat Me On the Bottom with the WomanR