You know when you watch a blooper show and then when you try to watch some normal television afterwards and your brain sometimes sticks in ‘blooper’ mode? You’ll be watching a perfectly serious news broadcast poised for the moment when the background scenery falls apart, or the boom mike comes into view or the newscaster calls the Mayor of London, ‘Boris Fucktwat’ by accident.

I feel a bit like when I read non-spanking books after a glut of spanking fiction. My brain is stuck in ‘spanking’ mode and I just find myself anticipating spankings every time there’s a conflict.
The sense of disappointment when this doesn’t happen often makes me think “If only…”.

If only the author had included a spanking here. It would just fit so perfectly. For example, novelist M C Beaton is most famous for her Hamish Macbeth stories, but she also does a fairly brisk trade in regency romances. They’re short, frothy, comic little numbers with scurrilous rakes and virginal debutantes and a guaranteed happily ever after. 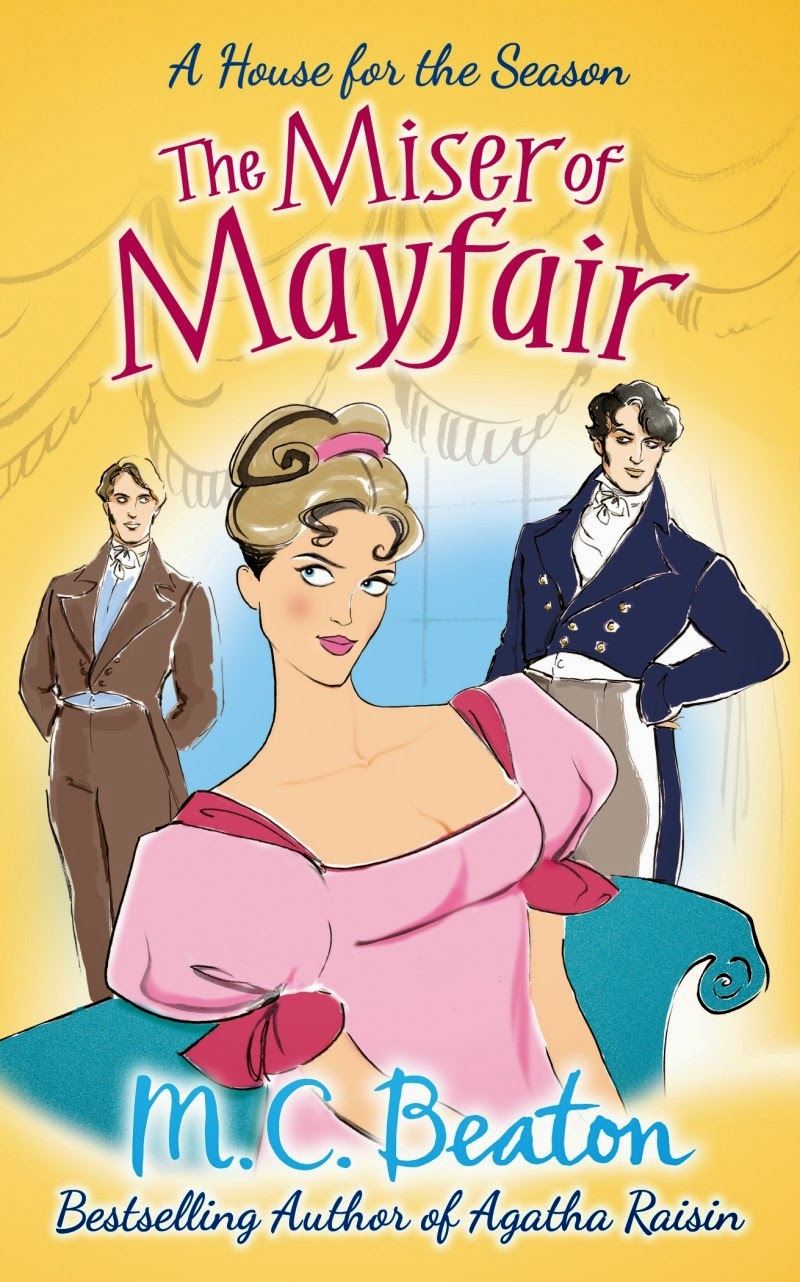 And by and large they read like spanking romances where somebody has gone through them beforehand and diligently removed all the spankings.There’s one called “The Miser of Mayfair” where the heroine breaks in to the hero’s bedroom in order to retrieve some papers which she believes might incriminate her. He catches her red-handed and believing that she is no more than a common thief, advances on her removing his jacket in what looks like a perfect set up to a spanking. Instead, though, he tells her that he plans to bed her and that make her pay for her crime with her body. Which is a bit odd and unexpected. It doesn’t come to that but godammit man, if you can’t spank a girl when you find her nicking stuff out your bureau, when can you?
M C Beaton also has a series called “The School for Manners” which is specifically about improving the behaviour of wayward young ladies to make them fit for society. Discipline gets mentioned frequently. It’s just never the right kind of discipline.
In spanking romances, a disciplinary hero provides a sure-fire guarantee that he’ll be able to tame his woman and win her respect and devotion. A few literary heroines would have much more straightforward lives if their husbands had taken this approach.
Madam Bovary’s husband, Charles, should have just taken his wife over his knee as soon as she started getting all mopey and whingy about their provincial life and saved them both a lot of bother. Aside from her affairs, Emma Bovary’s main downfall was running up huge debts of clothes and shoes she bought on credit. Ill-advised clothes purchases are probably the number one reason why wives get spanked in Domestic Discipline books. And quite possibly, in real-life domestic discipline situations.
And while we’re dishing out discipline to dissatisfied literary wives, perhaps Tolstoy’s Anna Karenina could have benefitted from this approach as well..
Jane Austen is probably my all-time favourite romance writer. The Austen character I would most like to see on the receiving end of a spanking is Emma Woodhouse. Not that she’s particularly badly behaved in comparison in Madame Bovary but because her relationship with Mr Knightley – a family friend sixteen years her senior who has known her since she was born – is already so close to a disciplinary relationship.
It is stated throughout the book that Mr Knightly is the one person who is will scold Emma for her own good. When she unpardonably rude to poor Miss Bates, Knightley remonstrates Emma telling her that it was “Badly done, indeed.”
Jeremy Northam as Knightley and Gwyneth Paltrow as Emma in the 1996 film.
Johnny Lee Miller played Knightley in the 2009 TV version. You can see his ‘badly done’ scene here.
Knightley repeatedly demonstrates his love for Emma by correcting her bad behaviour and helping her to improve herself. He just doesn’t do it in quite the same way as some of the heroes in other books I have read recently. Most of them take a more hands-on approach.

So, what about you? What books have you read that have made you think “If only… someone would put that girl across his knee?” Let me know in the comments.

H is for Holmes

J is for Jokes