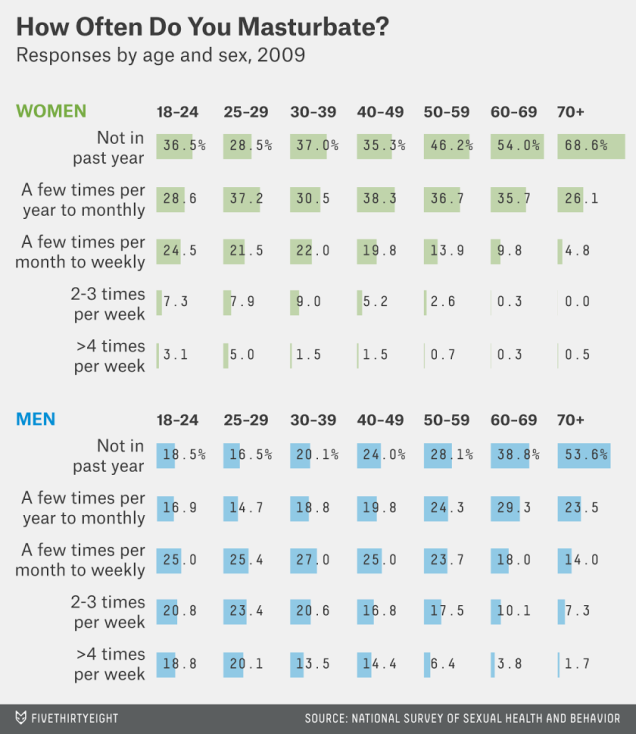 Not very often at all, it turns out. Although in the absence of any other data* it’s hard to draw any definite conclusions about this. Maybe most people don’t wank much, Or maybe they do and then they get embarrassed and don’t admit to it in surveys. Maybe the reason they don’t wank much is because they’re all busy having kinky animalistic sex and threeways and stuff and they simply don’t have the time for a bit of self-pleasuring.

What it did reveal is that I am very much above average in this regard, Coming (ha!) in at the top 1.5 percentile for my age and sex. This really shouldn’t come as a surprise to anyone given the nature of my usual reading (and writing) matter.

And the thing is, I always thought I was rather good at it. “A considerate and imaginative lover of me” as Caitlin Moran put it in How to be a Woman. Except that for a brief time recently, I wasn’t the only person involved in my orgasms and it did rather make me realise that I have been rather selling myself short in the orgasm department. I had lost sight of quite how literally breath-taking, overpowering and oddly twitchy achieving climax could actually be.

Well, I’m back to being the sole caretaker of my sexual pleasure again, and to be honest, I’ve had to have a bit of a word with myself. “Look here, Etta,” I said. “The standard of orgasms round these parts isn’t what it could be. There’s definitely some room for improvement.” Because sometimes you have to be a bit stern about these things.

It’s a bit weird. First of all, is it trying to look like a penis or isn’t it? 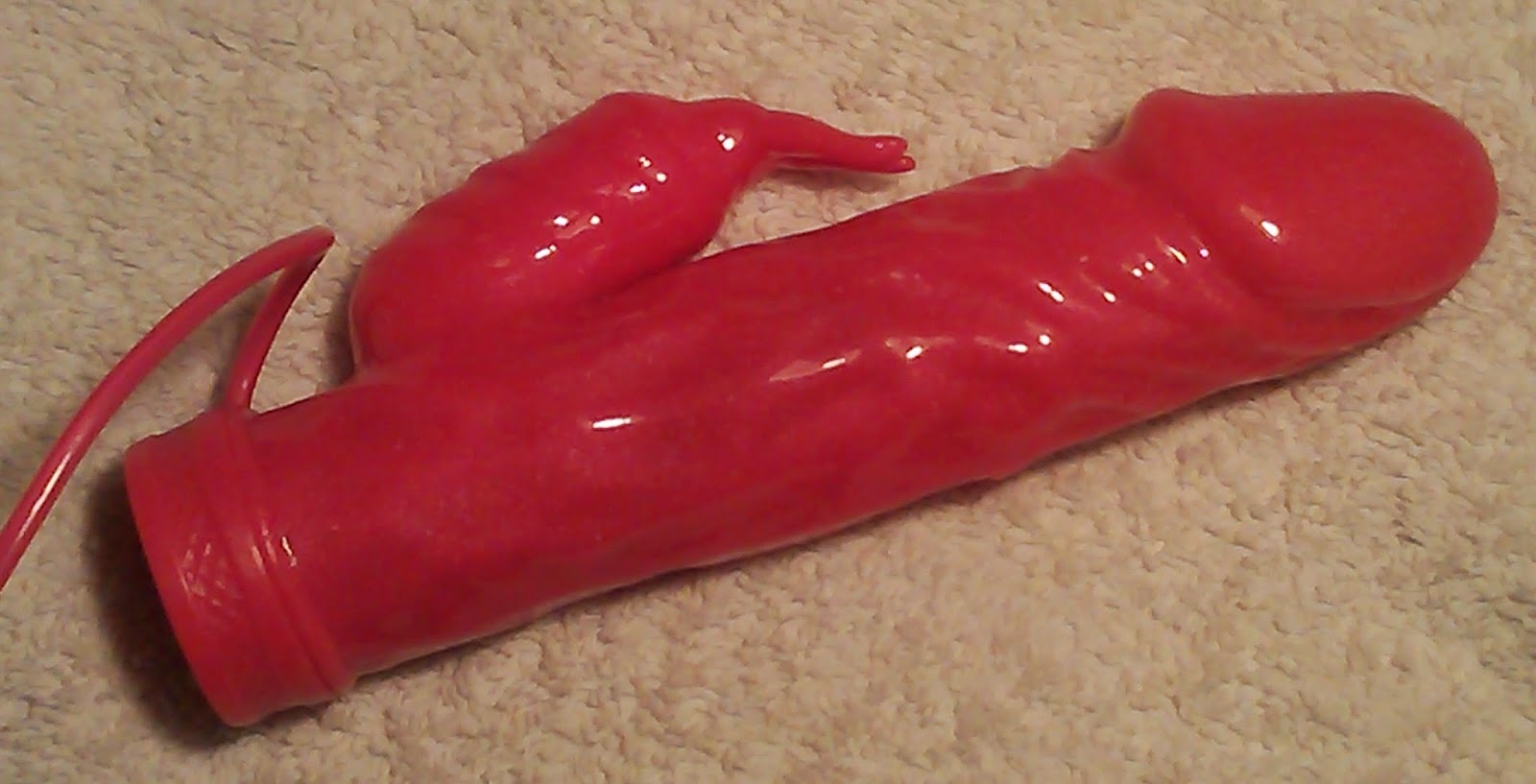 Aside from the colour, they’ve clearly tried to make the main shaft look as penis-y as possible what with all the loving attention to detail on the glans and the veins and everything. But if that’s the case, what on earth were they thinking with this bit?

I’m all for a bit of clitoral stimulation but was making it look like some kind of massive alien penis parasite really the best design decision? Is it aimed at people with an HR Giger fetish?

The whole “Is it supposed to be like a penis or isn’t it?” question comes up again when you consider the thing’s settings. Which are ‘vibrate’ and ‘stir’. Neither of which really emulate the behaviour of any penises I’ve made the acquaintance of.

Not that it needs to be penis-y of course. I am aware that sex toys come in all manner of shapes and sizes. And it really shouldn’t matter what the thing looks like as long as it gets the job done. But the thing is, it kind of didn’t. The clitoral alien parasite bit was uncomfortably spiky, the ‘stir’ setting did nothing for me and does anyone else find that all that vibration can get a bit numbing?

So this is where you come in, my lovely readers. Shower me with your sex toy recommendations. (Was ‘shower me’ a poor choice of phrase there, do you think? Do we feel a bit grubby now?) I want to benefit from your collective self-pleasuring experience. Please leave your comments below or email me if you feel a bit weird discussing your wanking habits in public.

Because I know there are bigger, better orgasms to be had out there and, quite frankly, I intend to have them.

* Well, there’s plenty of other data. It’s a whole sex survey. What I mean really is “in the absence of any other data that I can be arsed to go and check”