I reviewed the first Season 2 Corbin’s Bend Book Chemistry of Attraction some weeks ago and while I have been diligently reading the rest of the season’s offerings I haven’t had the chance yet to stick down my hastily cobbled together thoughts on whether and how much I liked them.

And I know that hastily cobbled together thoughts are what you especially want from me. So with the release of my very own Corbin’s Bend novel East End Girl ridiculously bloody imminent, now seems like a good time to catch up with books 2-4 of Corbin’s Bend S2.

Tara Finnegan’s first Corbin’s Bend Exile to Unity is one of my favourites of the series so far. It’s an excellent read albeit one that had me sobbing in the bath. But you know, in a good way. It was cathartic. His Forever Summer introduces us to Jim-from-the-first-book’s brother Kieran O’Brien who has invited himself to stay with his brother’s family for a few months, blissfully unaware of the spankiness of the Colorado community. He meets Carla who has appeared in numerous previous books, less a femme fatale and more a femme kind-of-really-annoying. It’s nice to see things from her perspective for a change.

By embarking on a relationship with Carla without knowing the full facts about Corbin’s Bend unique spanking-based policies, Kieren is following in a fine and noble tradition. He’s not the first passing visitor to discover a passion for spanking after hanging out in Corbin’s Bend for a week. I like it. It supports my theory that everyone has an inner spanko just waiting to be released.

Kieren, is however the first guy who has been in that position and he is also the first would-be Head of Household. Cadence and Abby and Dina were introduced to the lifestyle as prospective spankees rather than spankers which has got to be a damn sight easier when you’re not the one giving the orders.

Luckily, with a bit of brotherly advice from Jim, Kieren more than rises to the occasion when we persuades Carla to allow him to handle her punishment rather than a professional disciplinarian.

The romance is nicely handled. Although I have to say I was a little unsure about the idea of a ‘punishment fuck’. Does that sound a bit, well, rapey to anyone else?

Punishment fucks aside though (and to be honest I was less weirded out by that than I was by the whole enema bit in Exile to Unity), this was an excellent story with brilliantly developed characters who have to work hard to make their happiness happen.

A Brush of Violet – Corinne Alexander

The hero of this book is Charles Robinson, the head of the disciplinary committee who turns up in many of the other Corbin’s Bend books (including mine, briefly, as it goes.) I had no idea he looked like that! Look at him, he’s all young and sexy. I think I had a much more headmastery version of the man in my head.

He’s lots of fun too, chaperoning new just-passing visitor, Violet, around the place as the two of them build up a nice rapport. By way of a change, Violet is fully aware of the spanky nature of Corbin’s Bend and is something of an enthusiastic spanko herself. Which is nice.

I didn’t engage with this book as much as I have to with some of the other books in the series. The characters were lovely and very nicely written but there felt like very little conflict that needed to be overcome for Charles and Violet reach their happy ever after. The main storyline focuses on Violet needing to make a decision whether she should return to her high powered – but ultimately unrewarding – career or pursue her dreams instead. I’ll try not to spoil the ending for you on that score.

The One She Loves – Constance Masters

I loved this one. I love the odd couple-ness of Crystal and Carol who though seemingly having absolutely nothing in common apart from their daughter and their DD lifestyle, make an extremely cute and convincing couple. The spankings in this story are far more about Domestic Discipline than sexy shenanigans. You don’t get the impression that Carol likes being spanked very much which is odd given that she does repeatedly seem to put herself in the sort of situations that are going to see her at the receiving end of some kind of hands-on punishment from Crystal.

Basically the whole gang from Constance Master’s first Corbin’s Bend book, the delightful Leading The Way are back. The four friends, Carol, Erin, Jen and Sienna seem to be a terrible influence on one another but they are great fun to read. Carol decides that she wants to have a baby (Carol and Crystal’s daughter, Brianna, was carried by Crystal) and then goes about trying to make it happen in all the wrong ways.

While headstrong Carol provides most of the focus of this story, I really did enjoy reading things from Crystal’s perspective. It was interesting to hear her doubts and insecurities about how to manage their Domestic Discipline relationship successfully. Heads of Household have the rather more demanding job in this situation.

I really, really hope that Constance Masters is planning to write books about all the girls in that friendship group. We’ve had Erin and Carol, I would love to see a book focusing on Sienna next. She and her husband’s previously sexy-spanking-only marriage seems to be developing into something more Domestic Discipline-y. I would love to hear more about it. 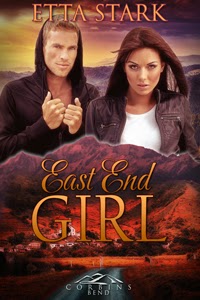 And as I may have mentioned once or twice, the next book in the series will be my very own East End Girl in which you can meet sweet, old-fashioned outdoorsy-type, Logan and headstrong, English newcomer Kirsty and find out whether there’s any sex, spanking or romance in their futures. (Just so we’re clear: Yes. Yes there is.)

I probably won’t be reviewing that one. My review would just consist of me saying “When I read it, it all seemed very familiar. I felt like I had read the exact same story dozens of times before.”

Edited to note: These books are now all available in the box set Return to Corbin’s Bend.

Expanding My Horizons at Smut Manchester

The Time I was a Prostitute for 24 Hours