The new series of Corbin’s Bend continues in great style with PK Corey’s Returning to Us. This book follows Vanessa Brooks’ Sub-Divided, where the heroine was a spanko who wasn’t sure if she wanted a Domestic Discipline relationship. In contrast, Susan, the heroine of Returning to Us definitely knows that she wants DD. The problem is, most of the time she isn’t getting it.

With their children all grown up, Hal and Susan have plenty of time for themselves as a couple. They can enjoy some ‘us’ time except that they’re not really sure what ‘us’ means any more. They enjoyed a DD relationship in the first years of their marriage but life, kids and – most importantly – Hal’s indifference have got in the way of that.

At the start of the book, Susan believes that Hal is going to end their thirty year marriage. Instead, Hal suggests that they move to Corbin’s Bend – the world’s first and best spanking-based community – so they can find their D/s selves again.

It’s a make or break move and, god, I really, really wanted then to make it. It isn’t straightforward because marriages are hard and being married for along time doesn’t make it any less so. It just makes it easier to slip into bad habits.

Susan doesn’t communicate with Hal about her feelings and Hal is way too ready to accept Susan’s curt non-answers as a legitimate response.

Honestly, Hal. What are you doing? If your wife is saying stuff like “It doesn’t matter. It’s fine,” then it almost certainly does matter and it’s not fine. 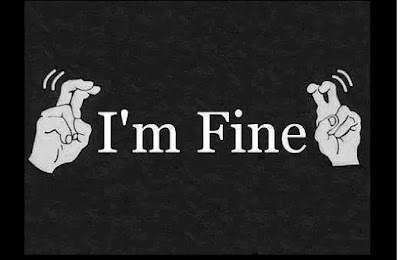 Happily, the couple are in the best place in the world to find their feet. They have great mentors, supportive friends and the opportunity to really make a go of things. It’s heartbreaking to see them get so close to throwing it all away.

It’s an involving and relatable story. Also, as would expect from a Corbin’s Bend book, it’s frequently hot as hell. PK Corey writes with a great deal of maturity and insight, sensitively tackling the subject of stagnation in a longstanding marriage.